China From the Ground Up

Between April and June 2019, UC San Diego 21st Centrury China Center surveyed 1,040 Chinese urban residents online to understand their everyday concerns, opinions, and values. In this post, we will share some highlights from this first wave of the China From the Ground Up survey conducted one year ago.  In future posts, we will share updated findings as we conduct more surveys to analyze as well as public reactions to ongoing events.

Other China from the ground up findings:

Overall, we find that respondents are satisfied with their happiness in life and financial situation in light of their personal well-being. In a bigger picture, they are more satisfied with China’s international influence than with China’s domestic performance. In terms of globalization, respondents think free trade and economic connections are very beneficial to China and the Chinese economy, but hold mixed views on global trade’s influence on their own personal and family well-being. They also worry about the consequences of the China-US trade war. In addition, respondents express serious concern about global warming and they support policies aimed at environmental protection.

Jingwen Liu is a Master of Chinese Economic and Political Affairs student at the School of Global Policy & Strategy at UC San Diego and student assistant for the 21st Century China Center. Born and raised in Beijing, she holds a Bachelor’s degree in History from Renmin University of China and becomes interested in public opinion and political psychology during her exchange at Sciences Po Paris. She focuses on understanding public opinion and how historical memory and cultural products impact public opinion and behavior with survey and text analysis.

Copyright © 2017-21 Regents of the University of California. All Rights Reserved.
Contact Us 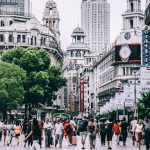 China From the Ground Up: International TradeViz Blog 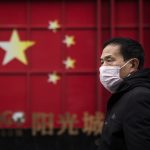 Pandemic Sees Increase in Chinese Support for Regime, Decrease in Views Towards the U.S.Viz Blog