Public opinion polls show that China’s international image has become quite unfavorable these days. A Pew Research Center survey conducted in the summer of 2020 in 14 advanced economies shows that a majority in each country has an unfavorable view of China, with a median of 73 percent. China’s tarnished image appears related to negative opinions of China’s handling of the COVID-19 pandemic (a median of 61 percent think China did a poor job dealing with the outbreak) and continues a negative trend in recent years.

But how do the Chinese public think China is viewed in the world? If information—including content critical of the government—flowed freely in China, the Chinese public might be expected to be influenced by these worsening global perceptions. The United States’ plummeting global image, due in part to the country’s disastrous handling of the COVID-19 crisis and presidency of Donald Trump, is frequently discussed in American media and public discourses, for example.

But unfavorable international opinions on China are rarely reported in China’s official media, although one can find some limited discussions in social media. Instead, state media are filled with stories that boast how foreign nations are impressed with China’s performance, such as “Wuhan once again awes foreign media.” Narratives like this are not just short-term efforts to increase confidence during the Covid-19 pandemic; they are part of a larger and long-standing propaganda campaign to tout how “amazing” China is.

And they appear to be working. A survey I conducted in March 2020, and reported in a paper presented at the 2020 American Political Science Association annual meeting, shows that the Chinese public vastly overestimates China’s global image and popularity.

Results show most respondents overestimated China’s popularity in each of the six questions asked. For example, to the question on the median percentage of people in the US, Canada, and Western European countries with positive views of China, more than 83 percent of respondents chose answers that overestimated the degree to which China’s image is positive in these countries in comparison to the 2019 Pew survey of attitudes toward China. Answers to other questions displayed a similar pattern.

I also find that younger people overestimate the positiveness of China’s global image more, while those with overseas experiences overestimate it less (Figure 1).  The younger generation grew up in a more prosperous era where China’s influence in the world was growing, which may drive a more positive conception of the country. Conversely, those who have traveled abroad are exposed to more criticism of China, and thus have a somewhat less biased perception of China’s global image.

What might happen if those misperceptions were corrected? To try to answer this question, I included an experimental element in the survey. A group of randomly assigned respondents were given the actual data from global opinion polls and then asked a series of questions about China—its current situation, its governing system, and its prospect of success on the global stage. The control group was also asked these questions, but was not given the correct data from global opinion polls.

Figure 2 shows the effects of correcting misperceptions about China’s global image. In general, respondents viewed China’s current overall situation favorably, and had high expectations of the global influence of the “Community of Common Destiny” concept, which is a major international relations framework advocated by the Chinese government. However, those in the treatment group had significantly lower evaluations of the county and lower expectations of its global success.

The survey thus suggests that being immersed in China’s one-sided information bubble about the country’s power and popularity has made the public overly sanguine and even complacent about the country’s global standing. This disconnect from global reality is part of what drives China’s grassroots nationalism and “Wolf-Warrior” diplomacy, which, ironically, have made China look worse rather than better in global public opinion.

But there is also hope. Results of the experiment indicate that, rather than resisting change through motivated reasoning, the Chinese public is responsive to new information, which moderates their political attitudes. The results also suggest that propaganda may eventually backfire by excessively raising expectations, which then leads to letdowns and disappointments once more accurate information flows in.

Haifeng Huang is an Associate Professor at UC Merced. He studies comparative politics, political economy, and political behavior with focuses on authoritarianism, media and information flow, public opinion, and China, using game-theoretic modeling, survey research, and/or experimental methods. His articles have been published or are forthcoming in the American Political Science Review, British Journal of Political Science, Comparative Politics, Journal of Theoretical Politics, Political Research Quarterly, and Political Science Research and Methods, among other journals.

“ofo – 厉害了我的国” by Kentaro IEMOTO is licensed under CC BY-SA 2.0 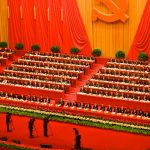 The Makeup of the CCP EliteHome, Viz Blog 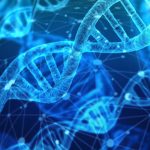