The Makeup of the CCP Elite (Updated)

Drawing on years of data collection work headed up by UC San Diego’s Victor Shih and updated in the Summer of 2022, the China Data Lab CCP Elite Portal (https://chinadatalab.ucsd.edu/elites/) allows users to visualize the key characteristics of over 2000 Chinese Communist Party elites, active government officials now starting from the 15th Party Congress (1997) going up through the 19th Party Congress (2017).  Using the portal, you can easily access visualizations detailing the elite’s age, party rank, work position, education level, gender, ethnicity, birth province, and alma mater. This tool allows scholars and interested members of the public to gain insight into the demographics of China’s ruling class and how it has changed from Jiang Zemin to Xi Jinping.

The underlying data for this analysis comes from the Database of CCP Elite.[1]  This data contains information on the highest members of China’s government, including all full and alternate Central Committee members, provincial standing committee members, and vice governors from 1997 through July of 2021.

How to Use the Interactive Portal

Focusing on the controls on the left, users can first subset the elite into either officials active during the 18th CC or the 19th CC to see the key characteristics of those elite.  Another control allows users to subset the elite by party ranks, including Politburo Standing Committee members, Politburo members, Central Committee full or alternate members, and provincial standing committee members.

Users can further subset the elite into different birth cohorts. 1962 was chosen as a cutoff because those born after 1962 can still serve an additional 5 years as a ministerial-level official and an additional 10 years as a Politburo member after the 2022 20th Party Congress.  One can see the post-1962 cohort as the future leaders of China, whereas those born prior to 1962 are the past and current leaders of China.

Furthermore, users can examine the characteristics of the elite by their alma mater (BA, MA, or PhD).   Finally, users can control the output language, choosing either English or Chinese.

For more on the dataset, please see the FAQ page (https://chinadatalab.ucsd.edu/faq/ccp-elite-portal-faq/).

Insights from Our Data

Among this powerful elite which include all Central Committee members and provincial standing committee members, the share of women has gone up from a meager 7.8% to a still-dismal 8.4% from the 15th CC to the 19th CC.  Among the post-62 cohort active in the 19th CC, only 11% of the elite are women.  To be sure, as more cadres in the post-62 cohort enter the vice-provincial elite, the share of women may rise, but it would be surprising if this cohort had more than 15% of women in the end, which, again, is still dismal.  The small share of women among the more promising members of the post-62 cohort suggests that the gender pattern in the CCP elite will continue with the dismal status quo of one female Politburo member at each congress, along with two to four full Central Committee members and a handful of alternate members.  This status quo may well persist until the 22th Party Congress in 2032 based on current trajectories.

Among the 19th CC elite, there are only 19 Tsinghua undergraduates and 37 Peking University undergraduates out of 1021 elites.  The other top grantors of undergraduate degrees to the Chinese elite include Renmin University, Nanjing University, the Central Party School, and the National Defense University.  The majority of the CCP elite graduated from one of the over one hundred lesser known universities in China.  Although in recent years many have pursued graduate degrees, fewer than one hundred have obtained their master degrees from Peking U, Tsinghua, or Renmin, whereas 132 of the elite obtained master degrees from the Central Party School.  Even among the elite born after 1962, only a small share obtained bachelors or masters from Peking, Tsinghua, or Renmin.

Following Koss’ observation of higher party membership density in former CCP base areas, we find that the party elite’s native place density is much higher in the former base areas of the Eighth Route Army and the New Fourth Army.[2] The provinces of Shandong, Hebei, Henan, Jiangsu, and Anhui produced close to 40% of the 19th CC elite.  Meanwhile, Guangdong, which had no major base area but has been one of the wealthiest areas of China since 1978, produced only 13 political elites out of a cohort of over 1000 in the 19th CC.  This persistence in party member density is surprising given that 70 years have passed since mainland China was unified by CCP forces.

Currently, all of the PSC members, most of the Politburo members, and 86% of the full CC members were born before 1962. In the five years after the 20th Party Congress, most of the 176 pre-1962 CC members will have to retire, if the rule of retirement at 65 holds.  At the same time, the number of alternate CC members born after 1962 totals only 103.  Even if they are all promoted to full CC status, a large number of non-CC members will have to be inducted into the CC to fill both alternate and full seats.  This has not happened since the Cultural Revolution.

In any event, this scenario of mass rejuvenation is unlikely at the 20th Party Congress for two reasons. 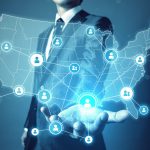 Part IV: Does Congress Come Together on China?Viz Blog 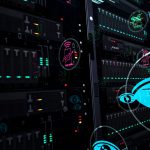