Humanizing the Other: How Information, Positivity and Interaction Can Reduce Bilateral Distrust in the U.S-China Relationship

U.S.-China tensions have given rise to increasingly negative feelings between the two countries’ populations. In our work, we explore the dynamics of interpersonal expression of anti-foreign sentiment by leveraging a parallel survey conducted simultaneously in the U.S. and China. We set out to answer a critical question: would providing people a more humanizing frame of reference create more favorable views of another country? Our research answers this question firmly in the affirmative, showing that both American and Chinese respondents look at one another more favorably when they view one another not just as an abstract country, but as human beings.

Would providing people a more humanizing frame of reference create more favorable views of another country?

First, let’s describe how we created this more humanizing frame for viewing bilateral relations.  We mimicked interpersonal contact by manipulating the subjects’ perception of the other country in the process of filling out the survey. We split our sample into five groups: four treatment groups which received additional information and one control group which received none. In the four treatment groups, respondents were informed that they were participating in a parallel survey and that they had been paired with a counterpart in the other country. By telling research subjects that they had an actual human partner, we simulated a key feature of interpersonal contact: subjects were suddenly connected with a counterpart in a foreign country, not an abstract, dehumanized entity.

Let’s go into a bit more detail about those five groups we mentioned. In the control group, respondents were asked to express their feelings toward the other country directly and were not told they had a counterpart.  In the four “treatment” groups, which we will call the interaction, humanization and positive/negative reciprocity groups, we provided them additional information. In the interaction group, they were told they had a counterpart who could see their own answer before the counterpart answered. In the humanization group, they were given personal details about the counterpart and were aware that their answers would be viewed by the latter. In the reciprocity groups, they were randomly told that their partner had negative or positive feelings about the respondent’s country.

You can see in the graph above that, in the control group, about 65% of the Chinese respondents expressed an unfavorable view towards the U.S., with around 59% of U.S. respondents holding a similarly negative view about China. This is consistent with what we find in most public opinion surveys these days.

However, something surprising occurred as we provided more and more humanizing treatments to our research subjects. Respondents who were told they had a partner (the interaction group) and were given humanizing details about that partner (the humanization treatment) in both countries reported more favorable views of the other nation. Even something as simple as knowing their foreign partner liked chocolate ice cream was enough to induce more favorable opinions about the other country.

Interestingly, we can see similar effects when we ‘revealed’ the respondent’s partner’s positive or negative responses as well.  When a person heard that their partner had a favorable view of their country, their views became more favorable as well, showing a certain reciprocity at play.  Likewise, when they heard their partner had a negative view, they responded even more harshly, evaluating the other country far more negatively.

The implications for this study are numerous. On the optimistic side, it shows the value of encouraging person-to-person contacts between these two countries to moderate negative views and encourage productive relations. It tells us that simply viewing another country as being made up of real human beings has powerful effects on national sentiment. More pessimistically, it also shows some potential negative spillover effects of aggressive, wolf-warrior style diplomacy pursued by Beijing and aggressive policies from Washington, D.C. Our survey experiments show that when individuals feel their country is viewed negatively, they respond aggressively in kind, and hostile diplomatic tactics by both Beijing and Washington, D.C. would only breed more resentment abroad.

When individuals feel their country is viewed negatively, they respond aggressively in kind, and hostile diplomatic tactics by both Beijing and Washington, D.C. would only breed more resentment abroad.

Sichen LI is a fourth-year Ph.D. from the UC San Diego Department of Political Science. She is interested in the political economy of high-tech trade and great power competition.

Weiyi SHI is an assistant professor of political science at the UC San Diego School of Global Policy and Strategy. Her research focuses on the political economy of China’s outward direct investment. Particularly, she investigates how the delegation of state objectives to firms influences the behavior of Chinese investors and China’s foreign policy.

This blog is based on the result of the 10th wave of the China From the Ground Up project. See project page for project description and methodological notes: https://chinadatalab.ucsd.edu/china-from-the-ground-up/ 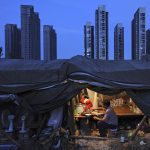 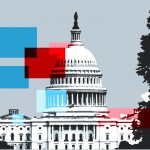 Part I: Who In The U.S. Congress Tweets About China?Viz Blog