How is Islam portrayed on social media in China? In this post, we explore the way in which negative sentiment toward Islam manifests itself on the Chinese Internet. To do this, we downloaded 77,642 posts from Tencent QQ in China that contained the words “Muslim”, “Islam”, “Halal”, “Green Religion”, “Allah”, “terrorism”, “Uyghur”, “Quran”, and “refugee” from Crimson Hexagon, along with the location information of their posters. Within this dataset, we find that Islamophobia is very prevalent online in China, concentrated in areas with higher populations of Muslims, and related to both international and domestic narratives.

To better understand the prevalence of Islamophobia online in China, we coded a selection of 2,000 posts into whether they were Islamophobic or not, defined as negative attitude or emotion directed at either Islam or Muslims. We applied a supervised machine learning algorithm to then code the remainder of the posts into these categories. We find that a surprising subset of our sample is categorized as Islamophobic – 62% of the posts. Discussion as well as Islamophobia peaks in April 2018 during the chemical weapons attack in Douma, Syria, indicating that international events flame Islamophobia online.

The regional distribution of online Islamophobia reflects the cultural gulf between Eastern Han ethnic areas and the Muslim-concentrated Western China. Islam in China is essentially treated as an ethnic religion; only 10 of the 55 officially recognized “nationalities” in China are considered Muslims. Most of these groups are settled in the sparsely populated and poorer areas of Northwestern China. We found that the concentration of Muslim population is a great predictor of the prevalence of Islamophobic posts within a given area. This suggests that Islamophobia among Chinese netizens could be related to local tensions between Han and Muslim communities.

Topic analysis shows that online Islamophobia narratives in China often focus on international issues. We extracted five key topics from all Islam-related posts using an unsupervised topic model. The first topic discusses tensions in non-Muslim majority areas, the most prominent of which is refugee crises. The second topic makes normative statements about the morality of current affairs in and relating to the Muslim world. Its posts mention “peace”, “god”, and “humankind”, often attacking America as a “rogue” state for its actions pertaining to Muslims. The third topic focuses more on ideology. Muslims are linked with “extreme” ideas, “terrorists” and “terrorist organizations”. The fourth topic, by contrast, focuses on global events, namely wars and conflicts. The fifth topic relates to Islam in everyday life in general, including the theology and practice of Islam. Interestingly, both internal (Muslim population distribution) and external (war and conflict involving Islam) factors are involved in negative sentiment toward Islam online in China.

Reset All
You can see the topic breakdown of each province’s posts by clicking on the province area. Click on the topic within the pie chart to see where its posts come from. You can also click on a topic in the pie chart legend to see its key words.

Note: The map features the number of Islam-related posts (Islamophobic and Non-Islamophobic) in our sample alongside a chart detailing how these posts are broken down by topic. The proportion of Topic 3 posts, which link terrorism and extremism with Islam, in much higher in Xinjiang than in any other province. Muslim-concentrated areas with high levels of ethnic tension see the highest proportion of Topic 5 posts, which attack Islamic lifestyle. This is the case for Northwestern provinces like Gansu, Ningxia and Qinghai, as well as Yunnan in the Southwest. Understandably, almost all posts in Topic 5 are classified as Islamophobic, with Topic 3 and Topic 1 being the next most Islamophobic topics.

Mark Wang is a graduate student at the School of Global Policy & Strategy at UC San Diego. He is interested in the social sciences of religion, in particular secularism and secularization. He writes on the relationship between religion and the state in Myanmar and China, as well as fertility and migration in contemporary China.

Bailey Marsheck is an undergraduate student at UC San Diego majoring in international studies–economics with a minor in Chinese studies. He is interested in the evolving US-China tech relationship, specifically pertaining to Silicon Valley, and hopes to utilize data-driven methodologies to make contributions in this field. 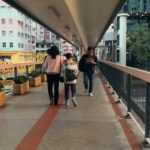 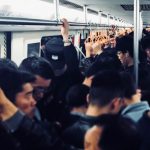