Who is the world’s largest “employer”? Not Google, not Walmart, it’s China’s leading crowdsourcing platform, zbj.com. This internet marketplace, where “employers” post service and design tasks and “workers” complete them, boasted nearly 15 million registered users as of 2015.

Naturally, China scholars were keen to tap this labor market as survey respondents. Given the high cost of completing in-person surveys in China, recruiting survey respondents through crowdsourcing makes perfect sense. A key word search of “Zhubajie” and “crowdsourcing” on Google Scholar returns 139 results since 2010. However, we still have to understand to what extent we can generalize findings from China’s largest online labor market. How do subjects obtained from online recruitment differ from a nationally representative sample in China?

To answer this question, we recruited a total of 1,419 adult subjects living in Mainland China between July 21 and August 21, 2016 on zbj.com. We then benchmark their demographics and public attitudes against four national benchmarks: the 2013 Chinese General Social Survey (CGSS), the third wave (2011) of the Asian Barometer Survey (ABS), the sixth wave (2012) of the World Value Survey (WVS), and the 2008 China Survey (CS) hosted at Texas A&M University. Granted, there was time laps between the national surveys and our online recruitment, but, given the relatively infrequency of national surveys, it was the best we could do.

Here’s what we find in terms of demographics. Recruitment on Zhubajie tends to yield more male than female respondents, and they tend to be younger and live in urban areas. They are also highly educated and more likely to be CCP members. Post-stratification weighting helps ameliorate some of the demographic disparity, especially in terms of age and gender (which achieves parity), but at the same time widens the gap between the crowdsourcing and benchmark samples in measures such as urban household registration and employment status.

Note: * The two post-stratification weights are based on two strata: age and gender. The first weight variable is computed from the 2010 population census. The second weight variable is derived using data from the latest China Statistical Report on Internet Development (CSRID), issued by the China Internet Network Information Center (CNNIC) in January 2017.

In terms of public attitudes, respondents on Zhubajie appear to be more trusting of other people, but less so when it comes to both the national and local governments compared with population-based samples. In particular, Zhubajie respondents have a much lower trust in local government than those in the benchmark samples. They also exhibit less national pride and are less likely to think that the government should give help to the poor in the society. The pattern of these differences mirrors how the internet-using subsamples differ from their non-internet-using subsamples in all of the national benchmark surveys.

One critical question is whether the differences between Zhubajie respondents and other survey respondents can be attributed to observable characteristics or are due to unobservable attributes that make them more likely to participate in a crowdsourcing platform. To test this, we run OLS regressions of the five attitudinal measures on a set of demographic variables and conduct coefficient equality tests. We find that, for the majority of the models, the coefficient estimates from the Zhubajie sample are not significantly different from those produced by the internet-active subsamples of the benchmark surveys. Detailed regression results are available here. This suggests that online crowdsourcing platforms can be a useful tool for subject recruitment, especially when researchers are interested in making inferences about public attitudes among Chinese netizens.

Another important concern is to what extent online recruits tell the truth. We find Zhubajie respondents are more likely to conceal their true beliefs in response to politically sensitive questions than questions that carry potential social embarrassment. For example, 38% of the respondents distrust central government leaders in indirect questioning – where we use an item count technique to ensure the respondents’ anonymity – compared to 10% in direct questioning. In contrast, 47% admitted they bribed government officials – an act that may carry some social undesirability (Tang, 2016), – in indirect questioning, compared to 32% in direct questioning. This suggests that researchers should be careful when asking online subjects directly about politically sensitive issues, as direct approaches tend to yield more bias. The benefit extended by the presumed anonymity of self-administered online subject recruitment does not eliminate the fear of government monitoring in an authoritarian environment like China’s, where netizens are highly aware of extensive governmental surveillance of online activities.

Xiaojun Li is an Assistant Professor of Political Science at the University of British Columbia, Vancouver, Canada. His research investigates the role of domestic politics on the process and content of foreign economic and security policies, the impact of global supply chains on trade and investment, and the political economy of trade liberalization in developing and post-communist countries. His work has appeared or is forthcoming in Journal of Politics, International Studies Quarterly, and Canadian Journal of Political Science, among others.

Weiyi Shi is an assistant professor of political science at the School of Global Policy & Strategy, UC San Diego. Her research focuses on the political economy of China’s outward direct investment. Particularly, she investigates how the delegation of state objectives to firms influences the behavior of Chinese investors and China’s foreign policy.

Boliang Zhu is Assistant Professor of Political Science and Asian Studies at the Pennsylvania State University. His research addresses the politics of globalization and development. He specializes in three areas of international and comparative political economy: multinational production and governance, the political economy of foreign direct investment flows, and emerging-market multinational corporations. His work has appeared or is forthcoming in the American Journal of Political Science, Journal of Politics, Comparative Politics, International Studies Quarterly, and Research & Politics. 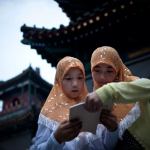 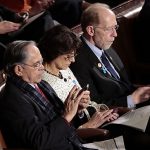